Reasons why I love jazz

Jazz. A single word that encompasses a world full of ideas and people. Multifarious and diverse, yet unifying. 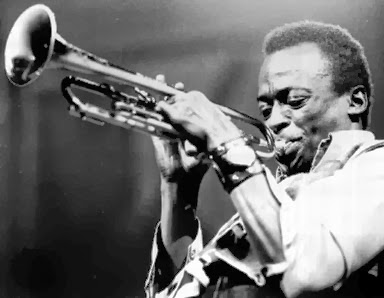 As a teenager, I often feel alienated by my love of jazz. I live in a world of swing and bebop, yet my friends seem to be repelled by the name "jazz". Somehow without ever truly listening to it, they can hate it.

You know, when I was a bit younger, I didn't listen to the radio. I felt like pop music was fake. But, by being surrounded by my friends, my peers, my generation, I can say I really can and do love pop music. Not all of it, but I can find meaning in it. Some songs really speak to me. Across all genres there are songs or artists that really speak to me. By living with it, I have come to love it.

So I wanted to blog about why I love jazz, because I think people my age should try to listen to it, and try to love it. Sometimes I think that teens hate it because they have this misconstrued perception of what it is. Well, I can't truly define it, but I'll give you reasons why I can say jazz is my life, and I wouldn't want to live any other way.


Reasons why I love jazz
As explained through ten jazz songs that have changed my life
(Song title, Artist(s), Album)

1. "Blue in Green"...Miles Davis..."Kind of Blue"
Because within the first ping from Bill Evans on the piano, I feel a pang of emotion in my gut. Because one chord can take me to a reflective, quieter place. Because Miles can paint a picture and John Coltrane can cry- all with one note. Because while listening to this song, I become a different person- I become solemn, calm, and introspective. And it's all because of the mood, the atmosphere, the colors blue in green.


2. "In a Sentimental Mood"...Duke Ellington and John Coltrane..."Duke Ellington and John Coltrane"
Because I don't know how I would cope with life without this song. Whenever I am feeling down, isolated, or just sentimental, I put this song on repeat. Because I don't know how to be alone with myself, and this song allows me to feel like at least someone- somewhere- knows how I'm feeling. Because whenever I feel like I'm going to cry my eyes out, or my soul is aching, or I'm about to lose all hope I can play this song and gradually feel better. Because what Coltrane and Duke captured on this song is beyond music- it's the human experience.


3. "If I Should Lose You"...Hank Mobley..."Soul Station"
Because Hank Mobley's tone. Because the lyrics are "If I should lose you the stars would fall  from the sky, If I should lose you the leaves would wither and die"- and I think that captures how I feel about my family and friends. Because his solo is so bluesy and soulful, and he develops musical ideas like he's speaking to me. Because it's an all star band- and Wynton Kelley is out of this world.


5. "All of Me"...Billie Holiday..."Billie Holiday"
Because it's just so heart-wrenching. Because it's the jazz song I always sing in the shower. Because only Billie can mean so much with so little. Because it's hushed and puts me in a calm demeanor. The lyrics speak to me, and I feel like Billie is emoting how I feel.

6. "Someday my Prince will Come"...Dave Brubeck..."In Her Own Sweet Way"
Because it's just so sweet and tender. Because Paul Desmond has a tone as light as air. Because it's a jazz waltz that carries me along in a trance-like state. Because it's a Disney song and reminds me of when I was a little kid. Because it's not showy- it's not trying to overdo anything. I feel like I'm in a fantasy.


7. "Without a Song"...Sonny Rollins..."The Bridge"
Because how can you be more hopeful than this song? Because the story behind this song- Sonny Rollins took a hiatus from performing to find himself. He practiced on a bridge for a few years shaping himself and his playing, and this album was his comeback. Because I can sing everyone's solos, and I can feel the elation. Because I know the lyrics are "Without a song the day would never end, without a song the road would never bend, when things go wrong a man ain't got a friend, without a song"- and that just speaks to me.


9. "On the Sunny Side of the Street"...Dizzy Gillespie, Sonny Rollins, Sonny Stitt.."Sonny Side Up"
Because how can you have any worries while listening to this song? Because I feel so happy while listening to this. Because every solo emits a beam of sunshine and Dizzy's singing makes me laugh so hard. "Life can be so sweet on the sunny side of the street"- and I think the lyrics really describe the aim of jazz- finding the positive in life- and that's how I want to live my life. Final Thoughts:
So I hope if you've never listened to jazz, you can find some time to check these songs out and maybe explore the genre. These are by no means a depiction of what all jazz sounds like- they are just some of my personal favorites that I wanted to share.

Maybe jazz won't become your life, but maybe you'll find some new music that speaks to you. And isn't that the goal of all music- to speak to you?