Every year, saxophonist Kenny Garrett comes to play at the Regatta bar in Cambridge. So, for the fourth time in my life, I saw Kenny play on Saturday, February 1st.  It was an amazing, unforgettable show! It was a CD release concert for his new CD: "Pushing the World Away". 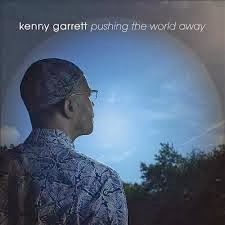 Here's a link to his website to learn more about his new album: http://www.kennygarrett.com/

Here's an interview where Kenny talks about his new album:

The show was set to take place at 7:30. The concert was basically sold out- people were everywhere! It took until 7:50 to start because people kept on coming in and had to be seated.

You could tell everyone was excited to see Kenny, because there seemed to be a buzz around the audience. When Kenny came out with his band, people automatically started cheering and smiles gleamed from ear to ear. I know as soon as I saw Kenny I became happier- he seems to radiate a kind of happiness.

The bass player carefully tuned while the rest of the band seemed to get in the zone. Without any explanation, the concert began with a melodic tune that got the crowds' heads bopping up and down. From Kenny's first note, you can hear years of experience- he seems so wise and skilled. His solo was out of this world- the combination of his tone, with his rhythmic sense, and his level of communication with his band created such rich solos throughout the set.

He went through basically an hour and twenty minutes worth of music with hardly any stops- he would acknowledge the other members of his band, exclaiming into a microphone, while the rhythm section roared out. Everyone took amazing solos. One of my favorite parts of the concert was when Kenny and the drummer had a sort of duo- and Kenny turned towards the drummer and they seemed to be improvising off of each other. Also, at one point the music got a bit freer, and it went down to percussion and Kenny blowing through his saxophone. It seemed a bit spacey and experimental, but I thought it was cool to see such different sides of their playing.

Here's a song from "Pushing the World Away":


Kenny changed from alto to soprano saxophone throughout the show- and it was nice to see his capabilities on both instruments. He has great tone on both, and his improvisation was never limited.

The last song received huge accolades, a standing ovation, and a encore. Kenny didn't even really walk off and pretend to wait for an encore- he was fired up and ready to play more. The encore song was so happy sounding and singable- it had more of a hip hop drum beat. In fact Kenny urged the audience to sing along with the repeating melody, which I happily joined in to. I can still hear it in my head- which shows you how catchy it was!

My only problem with the concert was that Kenny never stated the names of any of the songs, and there seemed to be some microphone problems sometimes- like the piano didn't seemed to be miked enough considering the space. Yet, even without song names, I connected with the music and had a great time listening to his band.

After seeing Kenny, I left with a huge smile, and a sense of calmness, yet excitement. I got to talk to Kenny and his band after the show. Kenny was very nice, and encouraging to me. I appreciate his great words and music.


Talking to Kenny after the show: 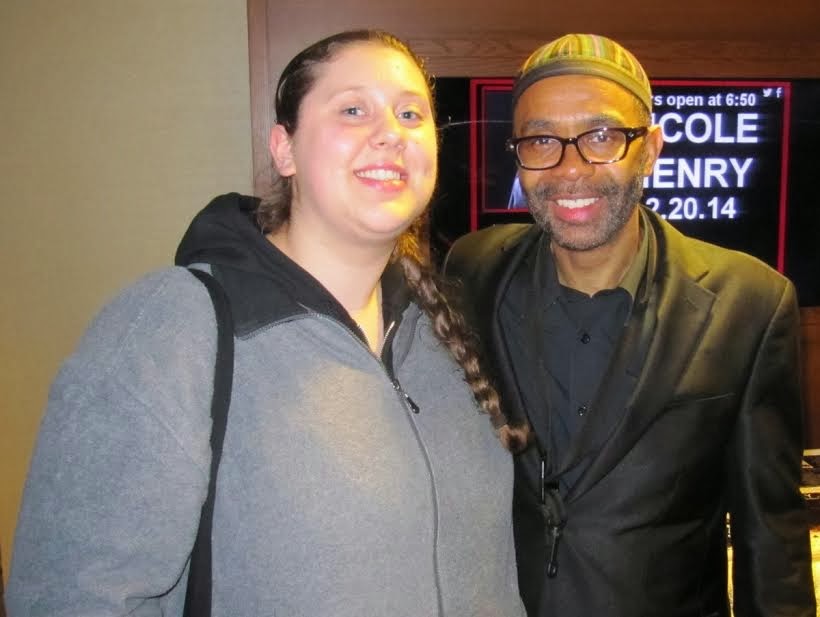 Final thoughts:
On Kenny's website he has a quote that I find interesting, "Don't look for me to sound like my last record. I'm shifting- following what my spirit feels".

And I think that kind of spirit- carving your own independent path- is what I enjoyed most about Kenny's playing. He is so individual. No one sounds like him. For one, his tone is so different- he has this lovely, full, yet almost hollow sound. And his ideas are fresh and flowing like a stream of water. There seems to be an organic essence to his playing- everything seems pure.

And what can be more inspirational than that?

Leave a comment below sharing a jazz concert experience that inspired you.
Posted by Grace-Mary at 11:21 AM