Jazz is a type of music that constantly evolves. Whatever new sounds come up, jazz is quick to hear those trends and incorporate them into the music. 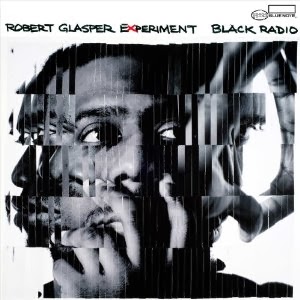 Glasper grew up as a jazz pianist, but he is also fully immersed into the hip hop world. Glasper is a jazz musician signed with Blue Note records, and he works with many of the top R&B and hip hop artists. His album "Black Radio" won best R&B Album at the 2013 Grammys.

And the thing is, when I listen to this album I don't think of it as a certain genre- I just think of it as music. It's easy to separate music into 'this is jazz and this is pop and this is hip hop', but I think it's better when I can just listen to something and enjoy it without thinking about what it is so much.

One interesting thing Glasper said in this interview was:


"I feel like certain people think that certain styles of music will 'taint' their jazz style. Some people have a perception of how jazz is supposed to sound — 'it's supposed to sound this way, so I can't bring this flavor to it, because then it's not going to be jazz any more, or the jazz police are going to come after me.'"


And I think that's true. Jazz does have a certain sound, but jazz evolves. And the evolution doesn't discredit former forms of jazz- you can argue that you wouldn't have Robert Glasper's "Black Radio" without Miles Davis's "Kind of Blue". Jazz is largely based on individuality, and Glasper's melding of his life influences shows his individuality.

Maybe some people think "Black Radio" isn't jazz. And maybe it isn't. But whatever it is, I enjoy listening to it!