This past Friday I went to Sanders Theater at Harvard to watch The Vijay Iyer Trio with special guest Robert Pinsky/ PoemJazz. 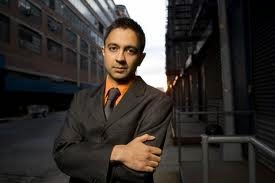 Vijay Iyer is an acclaimed pianist and composer. He became a professor of music at Harvard University early this year. Iyer constantly wins critic polls in magazines like "Downbeat" and "Jazztimes" and was awarded a 2013 MacArthur Fellowship. He has been influenced by the greats of jazz piano, including Thelonious Monk, Duke Ellington, Cecil Taylor, among others. He has collaborated with many jazz greats, leads an acclaimed trio, and is an acclaimed solo pianist.

Here's a recording of his trio playing "Human Nature":

I have to say, I had no clue what to expect from this concert. I had heard a lot about Vijay Iyer- he has some great solo piano albums. Yet, I didn't know what "PoemJazz" was.

So I arrived at Sanders Theater, and I have to say it is a very beautiful place. I have been to Sanders for different classical concerts, and once I went there to see a jazz concert- and saw Roy Haynes and Benny Golson! 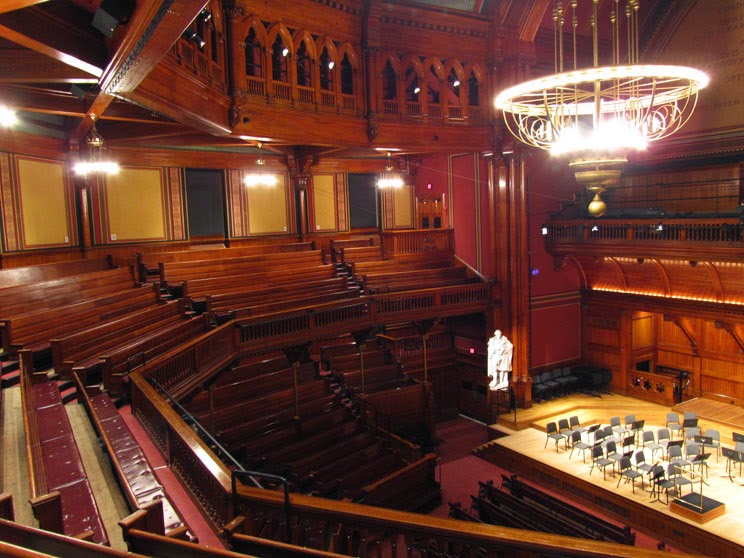 After finding seats, Vijay came out with Robert Pinsky. On the program, I learned that Pinsky has been the United States Poet Laureate for three terms. He has published numerous poems, including Selected Poems (2011) as his most recent volume of poetry. Pinsky has lectured at Princeton, and founded the "Favorite Poem Project (FPP)" to share poems from across America. Pinsky believes that poetry has a strong presence in American culture, and PoemJazz is his most recent project that showcases the reading and performance of poems along with variety of jazz improvisation.

The first poem was entitled "Horn", and told the story of Charlie Parker, a jazz musician. I actually really liked PoemJazz. It reminded me a lot of contemporary classical music, where a composer writes for instruments and a narrator, and the narrator tells a story with musical accompaniment. It was amazing to think that Iyer was improvising everything underneath the poem!

I do like poetry, but sometimes I find it very boring. Yet, with the improvisation behind it, it seemed very fresh. Pinsky's love of poetry was apparent in his delivery of the words- there was so much energy exuding from him. Even though it is the same poem, the mood of the improvisation shifts the way he inflects the words. Sometimes based on Iyer's improvisation, Pinsky would add a longer pause, or give a harsher pronunciation to a word. Also, Pinsky's shape of a phrase would allow Iyer to compliment him with different rhythmic hits or lush chords. There was a natural call and response between the two that made the poetry come alive.

Here's a video of Pinsky's PoemJazz:

After a few poems, Pinsky left and Iyer's trio entered the stage. Iyer's trio consists of him on piano, Stephen Crump on bass, and Marcus GIlmore on drums (who I learned is the grandson of jazz legend Roy Haynes!). The trio played with a lot of freedom, and it seemed like everyone's primary focus with listening and complimenting each other. I did not like this portion of the concert as much, because I really liked the poetry half, but I did like the trio's sound.

Vijay played "Blood Count" by Billy Stayhorn as a solo piece, and it was absolutely gorgeous. I love that piece, and the way he re-imagined it was beautiful. Near the end, Pinsky came out for one last poem, with the trio backing him.

Final Thoughts:
I really liked the idea of poetry with improvised music behind it. It made both very fresh and new. It was inspiring to hear such inventive poetry, at the same time as hearing inventive music. It was a completely new experience for me!

Comment below with a concert experience you enjoyed lately!