Every year Harvard presents the Norton Lectures, which talk about "poetry in the broadest sense". Distinguished people from across humanity fields like music, art, poetry, etc. give six lectures every year. In the past, lecturers have included composer Igor Stravinsky, poet E.E. Cummings, conductor and composer Leonard Bernstein, among others. This year the guest lecturer was the renowned jazz musician Herbie Hancock. 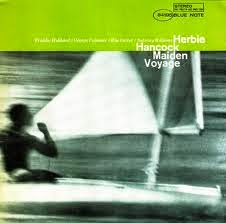 Herbie Hancock is a jazz pianist, keyboardist, composer, and bandleader. He was part of the legendary Miles Davis's "Second Great Quintet", which included Miles Davis on trumpet, Herbie Hancock on piano, Tony Williams on drums, Ron Carter on bass, and Wayne Shorter on tenor saxophone. Herbie is known for his use of synthesizers, and was a leader in blending elements of funk and soul music into jazz. Herbie Hancock has had some crossover hits, and many of his compositions have become jazz standards such as "Watermelon Man", "Cantaloupe Island", "Maiden Voyage", and "Chameleon".

For the past two Mondays, I went to Harvard to attend the Herbie Hancock lectures as part of the Norton Lecture series entitled, "The Ethics of Jazz". The two lectures I attended were "Buddhism and Creativity" and "Once Upon a Time". 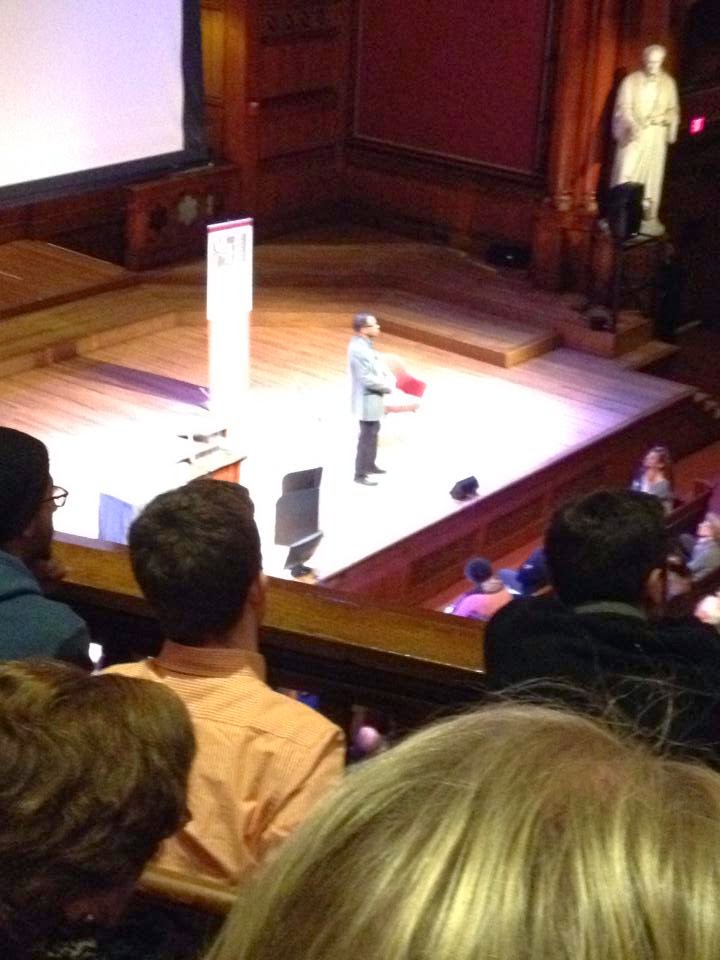 During the "Buddhism and Creativity" lecture, Herbie talked about why he became Buddhist, and how Buddhist practices have helped him lead a more honest life, and become the kind of musician he wants to be. Although Herbie did talk a lot about Buddhism, most of his focus was on qualities and philosophies that will help you lead a better life, because in his mind the road to becoming a great musician must be followed by the road to becoming a great human being.

I was so happy when he went over to the piano to start playing "Maiden Voyage". It was surreal to sit in Sanders Theater at Harvard, and see my role model play one of his signature songs to exemplify his messages. I was astounded by how wise Herbie Hancock is. He is a legend and role model to every aspiring jazz musician, but I did not know he was such a wise person.


"Herbie, how do I improve the flow of my fingers on piano?"

"How about you improve the flow of your life first?"


During the "Buddhism and Creativity" lecture, I had the opportunity to ask Herbie a question during the Q&A portion.  He gave the most heartfelt, sincere answer to my question, and I am so grateful because I look up to him a lot. I asked him a personal question: If as a kid he ever felt stuck, like he wanted to be a better musician and person, and he could feel it, but he was just stuck and didn't know how to be "unstuck". And he reassured me that he has felt critical of himself and lost before. He told me that in order to stop feeling stuck internally I should focus my efforts externally. I should encourage others and help others, because by focusing on improving other peoples' happiness externally, my internal struggles seem to fade. And he looked me straight in the eye and said this.

During the "Once Upon a Time" lecture, Herbie gave the audience an inside look into what a rehearsal would look and sound like for him. He brought a band to play with him, and they rehearsed songs like "Toys" and "Chameleon". I can truly say one of the happiest moments of my life has been seeing Herbie play "Chameleon" live! At one point her left his piano and keyboard, and picked up a keytar and started soloing. 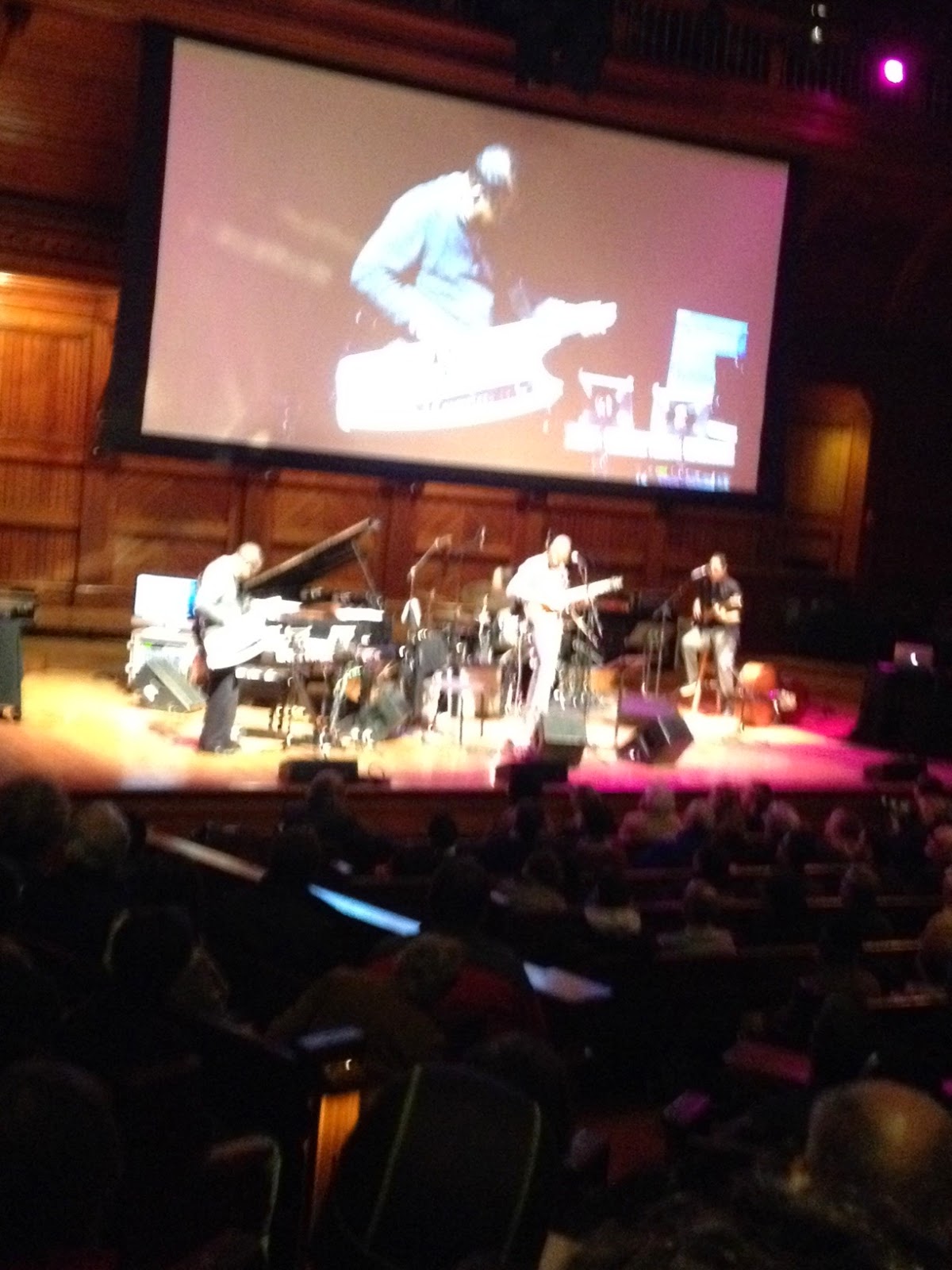 The "Once Upon a Time" lecture was inspirational, not just because I got to see Herbie play some of my favorites, but because of the messages he left the audience with. He told the audience the lecture was entitled "Once Upon a Time" because that is a phrase Miles Davis used to say. Miles would tell his musicians to go up on the bandstand and not think about the technical elements of music. He would say, "Tell a story- start with "once upon a time"- now where do you want to go?"

Miles would say that the musicians should come onto the stage and "read the music, but not read it for the notes, to read it and go beneath the paper, to go so deep down into the music that you start to see the faces of people beneath it, and you start to hear the inner dialogues of what the music is trying to say, and before long you start to realize that those inner dialogues come from you." These words were enlightening in my life, and really touched on why you play jazz- to tell your story.

Final Thoughts:
I am very grateful to have so many opportunities to listen and learn about jazz. The combination of Herbie's wisdom from years of experience, and his humorous anecdotes inspired me. Here's a link to information about the lectures, and videos of all the lectures: http://mahindrahumanities.fas.harvard.edu/content/norton-lectures