This past Wednesday I had the pleasure to go to the Regattabar in Cambridge and see Sara Gazarek and Peter Eldridge perform a double bill performance. I had a lot of fun hearing contemporary music and arrangements, as well as some new songs and fresh interpretations of older songs.


Sara Gazarek is an American jazz musician and singer. She released her first album  Yours

. She has placed in many jazz polls for up and coming jazz singers, and she currently lives in Los Angeles. Sara performed with her pianist Josh Nelson.

Peter Eldridge is a vocalist and composer. He is part of the Grammy winning group, New York Voices, included in such albums as  Day Like This

. Eldridge has collaborated with many musicians including Bobby McFerran and Kurt Elling, and has toured extensively. Recently he has begun a duo with his bassist Matt Aronoff called "Foolish Hearts" which presents originals and arrangements of jazz and pop tunes with an organic sensibility. Eldridge teaches at Berklee College of Music.

Here is Peter Eldridge performing a song I heard at the concert "Postcards and Messages": 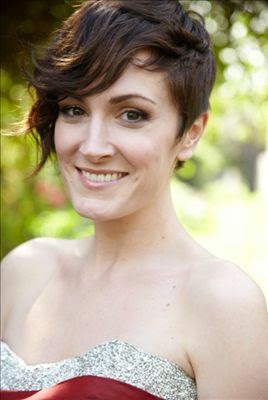 The concert started with Gazarek and Nelson playing a couple of songs together. The first thing I noticed about Gazarek was how she truly became the music- she would dance around, sway her hands, and change her facial expressions based on the story she was telling with the lyric. Her power to tell a story was extraordinary- no matter what song she sang she truly felt the lyric, and made the audience believe every word she sang. One song that stood out was her "mashup", "Cello Song/ Without a Song". I love how she combined these two songs seamlessly. Gazarek had a CD giveaway, which was clever and sweet for the audience. Gazarek exhibited a wide range of dynamics, emotions, and colors throughout her song selections, such as "All Again" and "Where is Love?". The piano solos by Josh Nelson matched the lyrics- he did not necessarily play a lot of notes, but he had intention and shape in each line that complimented the mood of the song.
Gazarek then combined with Peter Eldridge and their voices blended very well. This segwayed into Peter's portion of the set, and Eldridge started with "Postcards and Messages", where he played piano and sang with Matt Aronoff on bass. Eldridge exhibited a wide vocal range, and a full tone, and Aronoff brought an element of added texture to each piece. 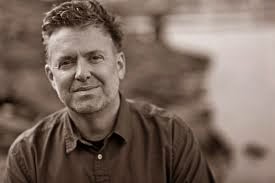 Throughout Eldridge's set I noticed the intense energy he brought to the crowd through his articulate and fun piano playing. There was definitely a great group dynamic between him and his bass player- they made jokes, smiled, and created a strong rhythmic "pocket" in every piece. I was happy to hear Eldridge include a Paul McCartney song, "Jenny Wren", in his set list. This arrangement of such a contemporary song shows that jazz can truly make any song its own. I enjoyed how Eldridge made the lyrics of each song seem to float over the dense piano lines and rhythmic bass figures. Oftentimes Eldridge's vocal quality reminded me of Chet Baker from the album "Chet Baker Sings"- a very cool, simple vocal interpretation.

Then Gazarek came back on stage, and played "Wish You With Me". It was nice to see that even though there were two almost separate acts, they eventually came together harmoniously. They continued to play as Gazarek and Nelson, and played a heart-wrenching song called "I Don't Love You Anymore", which was about how one person in a relationship falling out of love quicker than the other person. It was nice to hear how the vocal quality reflected the emotions behind the lyrics, and after the song ended there seemed to be a bubble of calm hesitation before the clapping, an almost meditative moment.

Then all four musicians came together to sing a song, Nelson on piano, Aronoff on bass, Eldridge and Gazarek standing for vocals to sing "No Moon at All". There was a good connection between the two vocalists- both provided a fun, entertaining, inviting atmosphere by blending, and overlapping lyrics, rhythms, and harmonies. There was a strong danceable pulse to this song, that left the audience happy and energized. This element of fun showcased what jazz is truly about- communication! 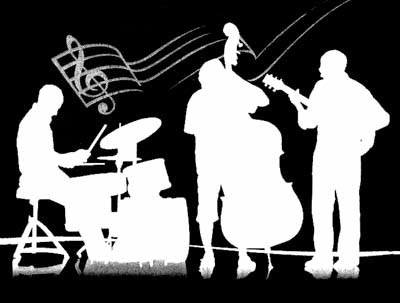 The double bill was a cool idea to mix sounds, genres, voices, instrumentation- this kept everything fresh and interesting not only for the musicians, but for the audience as well. It was nice to hear vocal music- sometimes I get so fixated on instrumental jazz music that I forget how powerful the human voice truly is. It is truly wonderful to hear live music, and I am very happy I attended the concert!