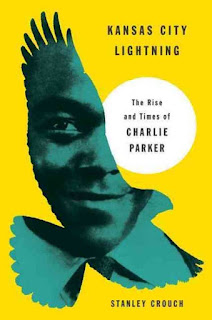 Instead of doing a traditional book review, I wanted to share what I learned from the book along with some of Charlie Parker's music.


Crouch brought up many interesting points about Charlie Parker's upbringing and noted that in Kansas City, young musicians would be pat on the head if they imitated their local hero, yet they would be welcomed as a man if they developed their own sound and style. This comparison to sound as a rite of passage was a new concept to me, and helps me understand the pride musicians have in their sound.

Before reading this book I didn't realize exactly why Charlie Parker's sound was so groundbreaking. I learned that at that time Johnny Hodges from Duke Ellington's Orchestra and Benny Carter were the most popular alto saxophonists, and they played with a wide vibrato. Charlie Parker developed a straight, bright, cutting sound without vibrato that pierced through a band. This new sound allowed Parker to play faster lines, which also broke from traditional melodic playing.

Listen to Johnny Hodges play, "I Got It Bad (And That Ain't Good)":


Charlie Parker grew up in the nightlife of Kansas City, playing all night into the morning. Crouch asserts that Charlie Parker's inclination to practice all day came from the initial embarrassment he had at a jam session with Papa Jo Jones. At the session Jones threw his cymbal on the ground to make Parker stop playing since Parker had gotten lost within the structure of the song. This failure made Parker focus on becoming the best musician he could be, often to the detriment of his relationships.

Listen to "Now's The Time":

Charlie Parker was influenced by many musicians including Roy Eldridge, Lester Young, Buster Smith, Art Tatum, Coleman Hawkins and Chu Berry, among others. Learning Parker's inspirations allows me to understand the chronology of the music, and how one artist informs another.

Final Thoughts:
Learning more about Charlie Parker's upbringing helps me put his music in context, which is especially helpful while learning his music. 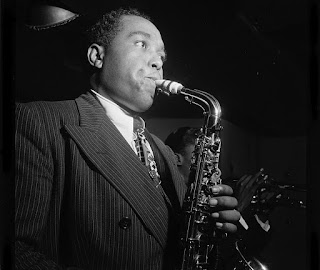